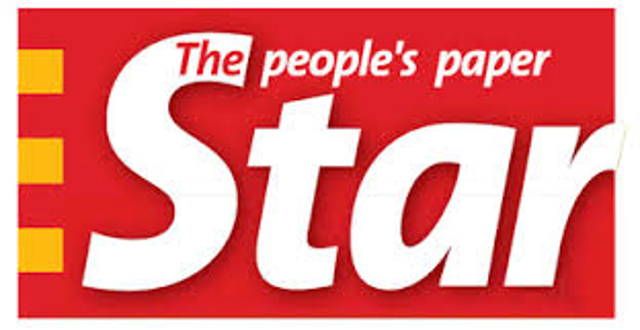 The Star is a daily newspaper based in Gauteng, South Africa. It is one of the titles under the Independent News & Media South Africa group.

The Star newspaper appeared for the first time in Johannesburg as The Eastern Star. It was founded in Grahamstown under that title on 6 January 1871, and was moved to the Witwatersrand sixteen years later by its owners, brothers Thomas and George Sheffield. In 1889, the name Eastern Star was changed to the one currently in use.

We have news about people and animals.
The Newspaper has gategories like: