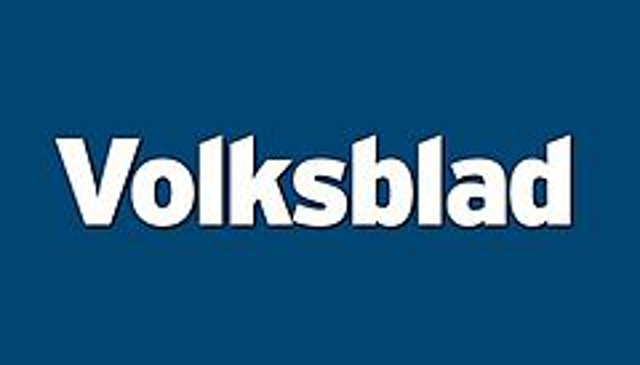 The Volksblad is an Afrikaans-language daily newspaper published in Bloemfontein, South Africa, and distributed in the Free State and Northern Cape provinces, where it is the largest Afrikaans daily.

‘We have gategories like News, Sport, Business, Opinion, Arts & Entertainment, Multimedia, Schedule to choose our news from.

Volksblad front page have news from the month and on top the news in hours. The latest news everyday.

VOLKSBLAD, the oldest Afrikaans daily newspaper in South Africa, made its first appearance on 18 November 1904 in Potchefstroom in the form of Het Westen, a Dutch weekly with four pages with Hendrik de Graaf as the founder owner.
The paper devoted itself to the interests and development of the Afrikaner people of the former independent Orange Free State and Transvaal Republics in the aftermath of the Second Anglo-Boer War (1899–1902).
Het Westen changed its name to Het Volksblad on 26 March 1915, because it was no longer a regional newspaper for the then Western Transvaal, but rather a fully-fledged newspaper for the “nation” or volk.
The next year its head office moves to Bloemfontein after general De Wet and other Free State rebellion leaders asked De Graaf to move his newspaper to the Free State, the heart of Afrikaner Nationalism.
On 15 September 1917 the Nasionale Pers bought Het Volksblad for £16 000 and on 20 November of the same year its name was changed to Die Volksblad.