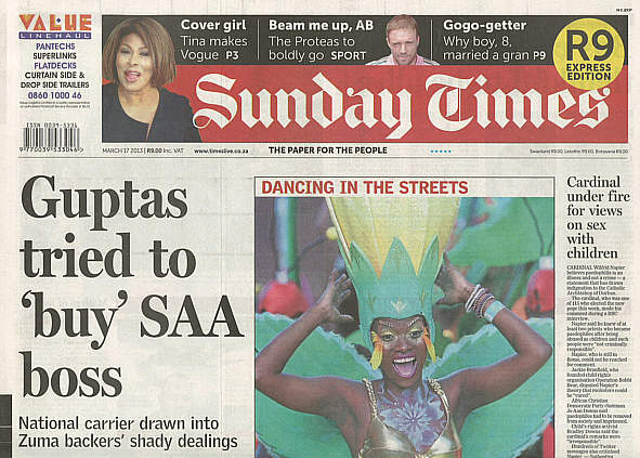 About The Sunday Times:

The Sunday Times is no stranger to controversy, given its hardline approach to South African politics.

Recently it was involved in a exposing a corruption scandal involving the South African government’s US$6 billion arms deal. The newspaper was founded in 1906.

The newspaper have Categories of the folowing:
News
Sport
Business
Comment
News Review
Culture
Style
Travel
Driving
Magazine
Papers
There are something for everyone, you can read about anything.